Tell Us Who You Are

School Leaver Ages up to 19

Full time courses and apprenticeships to achieve your career or university goals.

Higher Education, apprenticeships and part time courses to enhance your career or to learn a new skill.

Employer For your business

The conference, organised by David Wright, owner of Paint Pots nursery group, and City College tutor, Gary Crawford, will highlight the benefits to men of pursuing a career in early years education and consider how a mixed-gender early years workforce promotes better outcomes for young children. 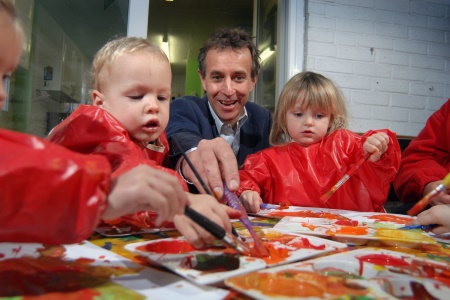 Research shows men make up less than two per cent of the national early years workforce. It is hoped that by highlighting the fantastic opportunites an early years qualification and career can offer, the gender balance can be readjusted. Moreover, many young children lack a positive paternal guidance, thus male early years teachers are becoming increasingly more vital.

Education and childcare minister Sam Gyimah has already offered his support for the campaign and a representative from his team will attend the conference.

After a keynote speech by the chief executive for Pre-School Learning Alliance, Neil Leitch, the conference will launch a national network and a charter for men in early years.

The rest of the event will consist of specialised workshops, such as Issues for Men in Early Years, International Perspective and Gender Role Models, conducted by experts in each field.

The arguments for more men working to care for and teach young children are compelling. Organiser, David Wright, said: ‘We would love to see the United Kingdom lead the world in the gender balance of our early years workforce.’

It will be a very positive and purposeful day at City College Southampton, with an inspiring line up of speakers, workshops, opportunities for networking, a buffet lunch and an exhibition area.

For details about the event and to book tickets click here.